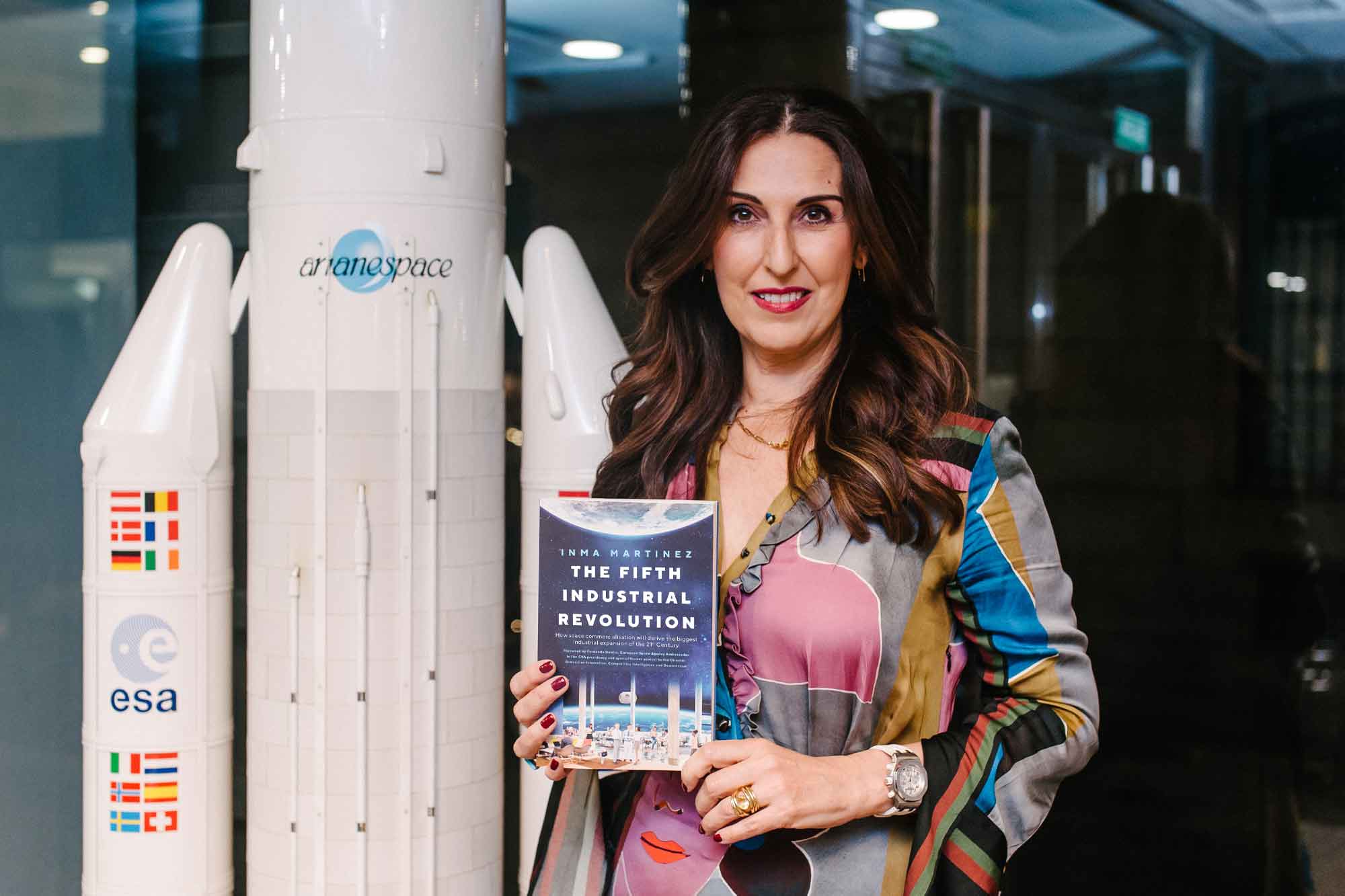 When the European Space Agency (ESA) contacted me in early 2018 to collaborate with my research on artificial intelligence and the concept of scientific exploration in the 21st century I felt like a pandora box had opened. In my many years exploring how the human brain works in order to better train neural networked machines, that is, to teach a machine via deep learning how to develop understanding of a given task, never did I imagine that this odd work of mine was going to reach the ears of a space agency.
‍
ESA’s bi-annual summit “Space for Inspiration” aims to convey to both governments and industry that space exploration is not only the natural evolution of humankind’s pioneer spirit but also an industry that offers commercial opportunities for many sectors. At the summit in late October, I presented my research on human neoteny and defended that the spirit of exploration is what has ignited and powered all scientific and entrepreneurial endeavours across our various human civilisations. I made the point that, in this new 2020 decade that was transforming the concept of progress thanks to the advancement of technology, engineering and science, we were at the gates of exponentially achieving a new renaissance and the possibility of expanding our footprint into the galaxy. 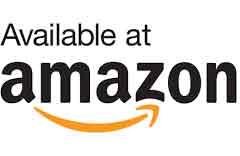 Pre-order
Thank you! Your submission has been received!
Oops! Something went wrong while submitting the form. 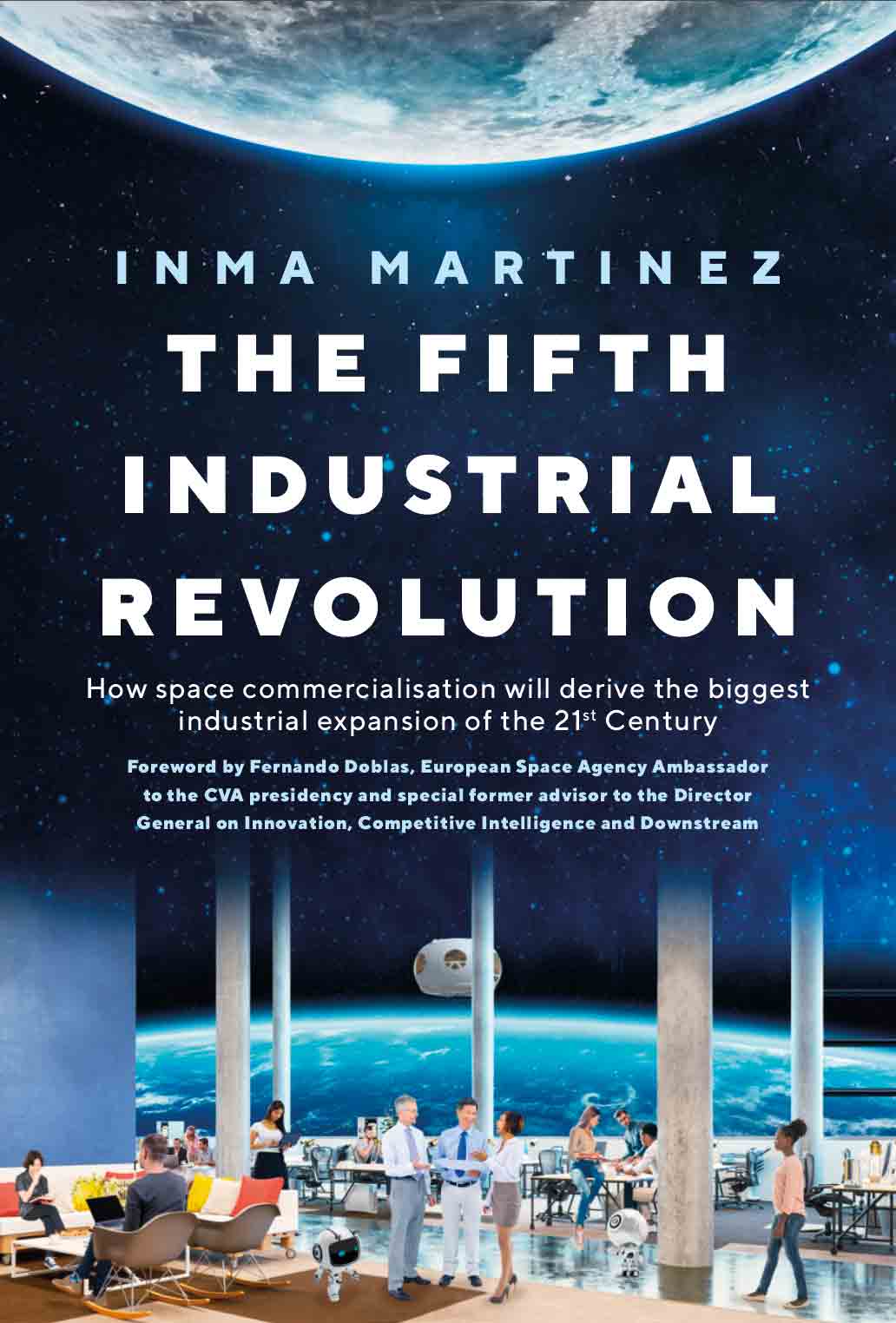 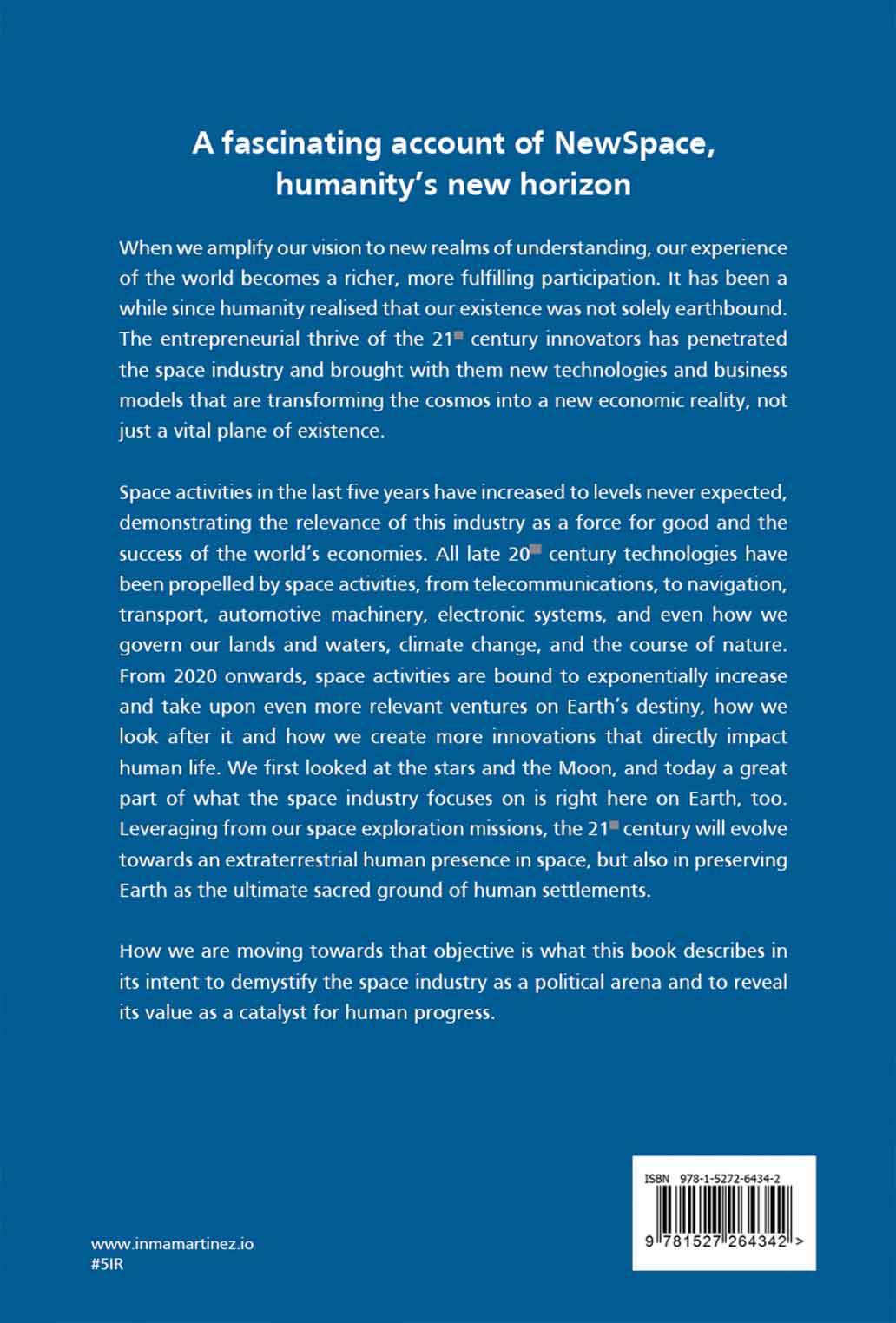 Infrastructure:
From Pyramids To Space Stations
At the gala dinner, sat between Jan Wörner, ESA’s Director General and Sam Sciemi, NASA’s Director of the International Space Station,  our conversations led me to connect the dots that link this industry with one of the most transformative forces of progress: the building of commercial infrastructure.
Whether it was built on earth or in space, the construction of transportation, energy sources, water and waste management, and telecommunications was initially funded by governments or supported by them with subsidies. Until the funding dried out. When in 2011 NASA lost funding from congress to continue sending astronauts to the ISS and to further develop other missions, it had to turn to the private sector and to other established space agencies like Russia’s Roscosmos, ESA, JAXA, and Canada. With government funding gone, commercialisation of operations became the way forward. When I started working in infrastructure finance, my last role in the financial industry, the World Bank and the European Bank for Reconstruction and Development (EBRD) had just burnt their fingers funding infrastructure projects that lost billions. When the cheap and easy government monies were withdrawn from the table, the companies in the infrastructure sectors had to turn to private equity and institutional investors for investment and structured financing. They didn’t go alone to bid for projects, but within consortiums with other sector players - exactly what the space agencies did to build the ISS and what they have learned to do since then to finance and pull know-how for many other missions.

“When you connect two distant geographies, trade and commerce emerge thanks to that road, and so do wealth and industrial development. The Øresund Bridge connecting Denmark and Sweden, is not just the longest combined road and rail bridge in Europe. In just twenty years the area has become a medical innovation hub as well as an economic area generating 27% of the total GDP of Sweden and Denmark combined" 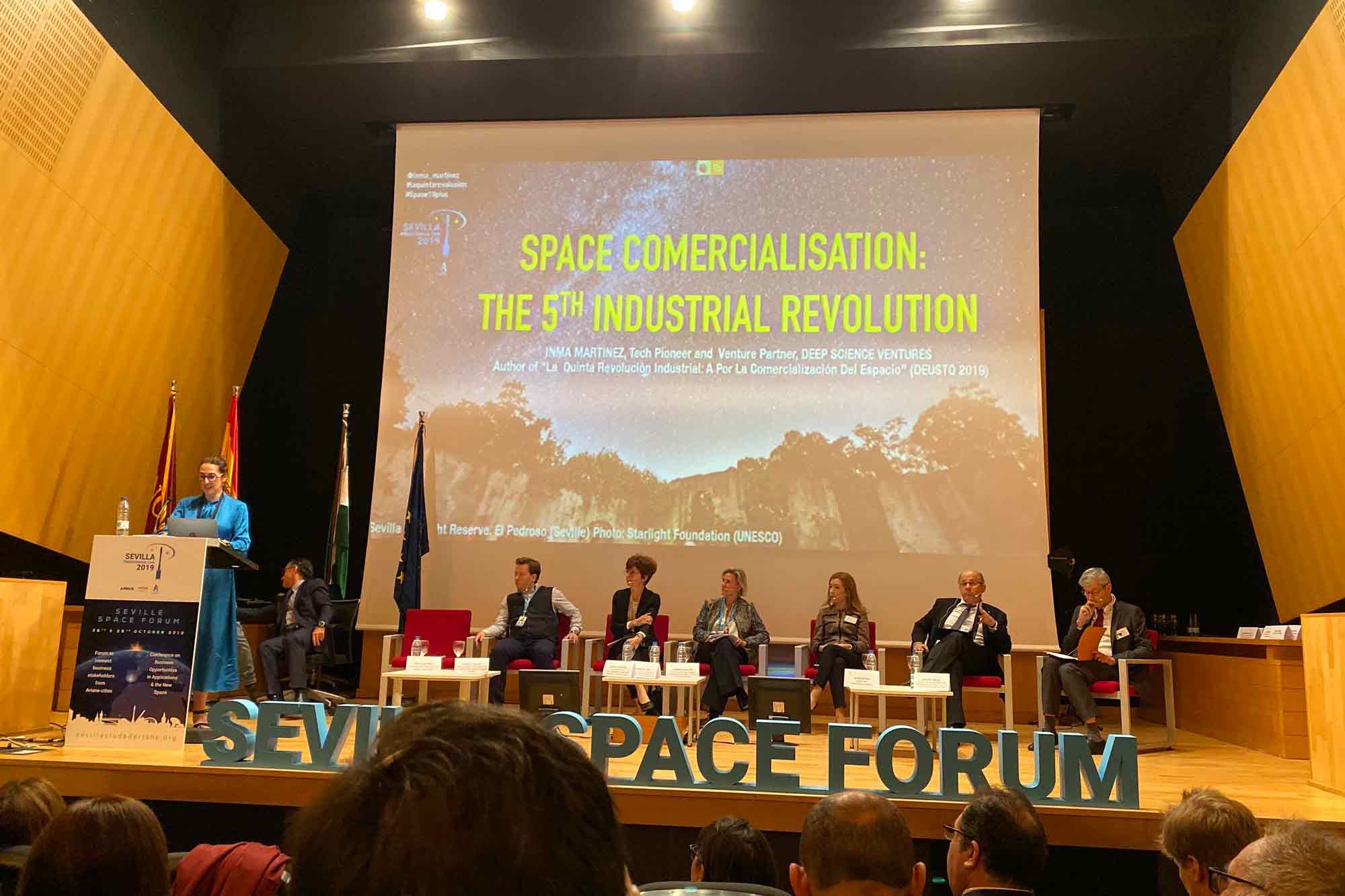 The Cislunar
Economy
The opportunity is the growth and added value of the space sector to society and economy. It is clear to me that Europe (and I mean Europe in the broadest sense) should, based on its experience of the last 50 years, use this evolving overall setup to adapt to the current paradigm shift in space in anticipation of future threats and opportunities. The expressions “competition as a driver” and “cooperation as an enabler” should be our guiding principles, especially with respect to organisational synergies
‍
‍Jan Wörner, ESA Director General
“If you build it, they will come” is not just about baseball metaphors. It is at the core of what building infrastructure is. One lays the foundation for others to come and build their own futures. The ISS was not just a spaceship built in a modular structure circumnavigating low Earth orbit: it is a massive lab where thousands of scientific tests are being conducted to innovate medical cures, pharma drug therapies, metallurgy, robotics, bioengineering, 4D printing and other modern technologies emerging from innovation projects. The current missions programmed for the 2020 decade envision a second space station orbiting the Moon as a basecamp for all lunar activities where a consortium of several space agencies will establish the first permanently inhabited lunar colony referred to as the Moon Village. Sustained by a futuristic field of photovoltaic towers, this scientific town of semi-buried igloo-looking constructions will grow to host up to 40 humans developing new technologies and sources of energy.
01
Want to know
more about #5IR?
The book reveals the intimate connection between humanity’s DNA as explorers since the beginning of times and our missions in space and outer galaxies, taking readers across the many milestones that have allowed us to advance not only our understanding of the universe but most importantly of Earth and how to look after it. Contrary to what other books about space reveal, what makes this book an exciting read is its description of all current missions aiming to create a new economy for everyone involved, its evolution into an entrepreneurial sector that is creating the progress of tomorrow and the first human civilization venturing into the skies.

The universe is vast and exploration will never end. (…)  Our efforts in space are the result of independent innovation that emerges from the soul of the Chinese people. I ask all space scientists and engineers to seize the strategic opportunity and keep innovating to make a greater contribution to the country's overall growth and the welfare of mankind 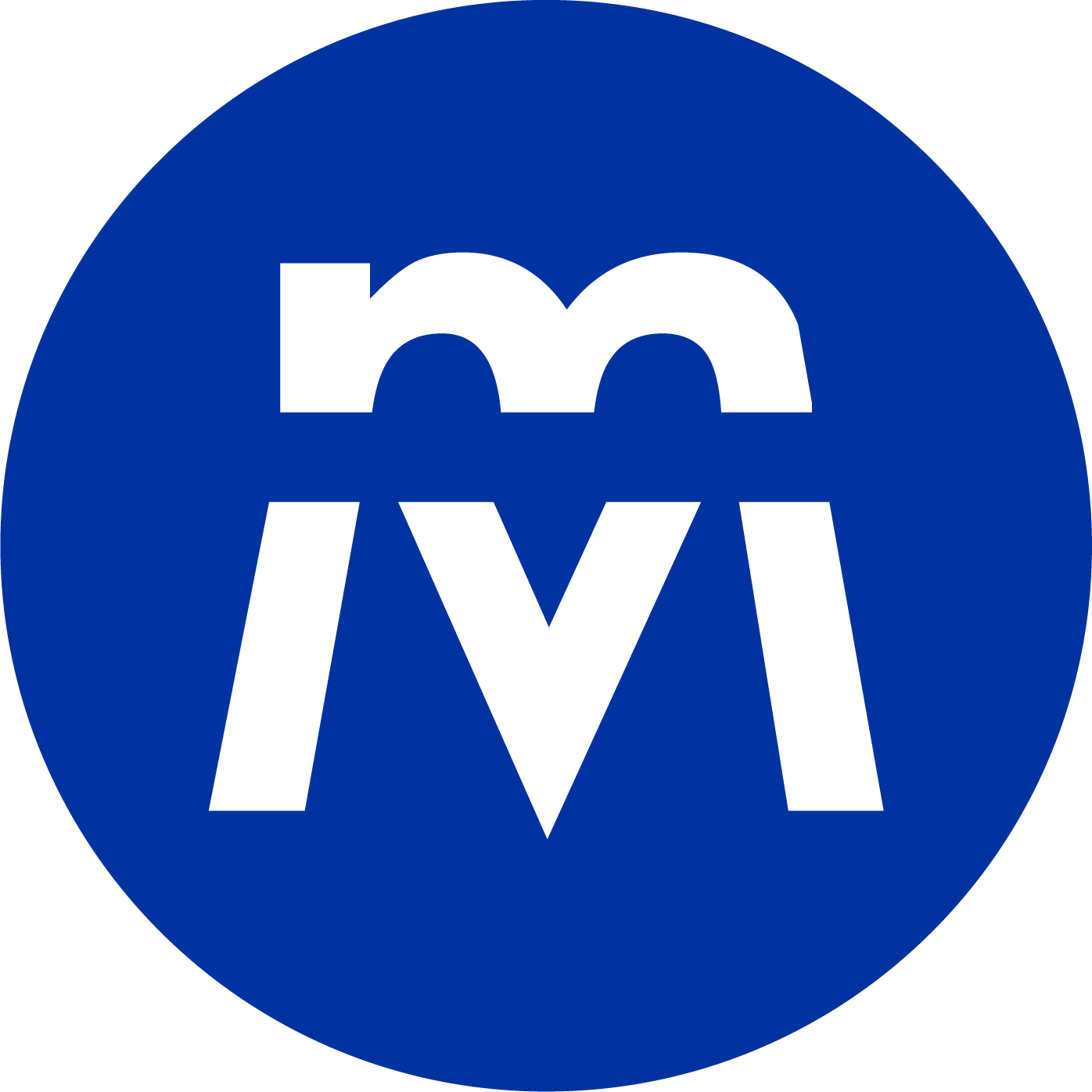 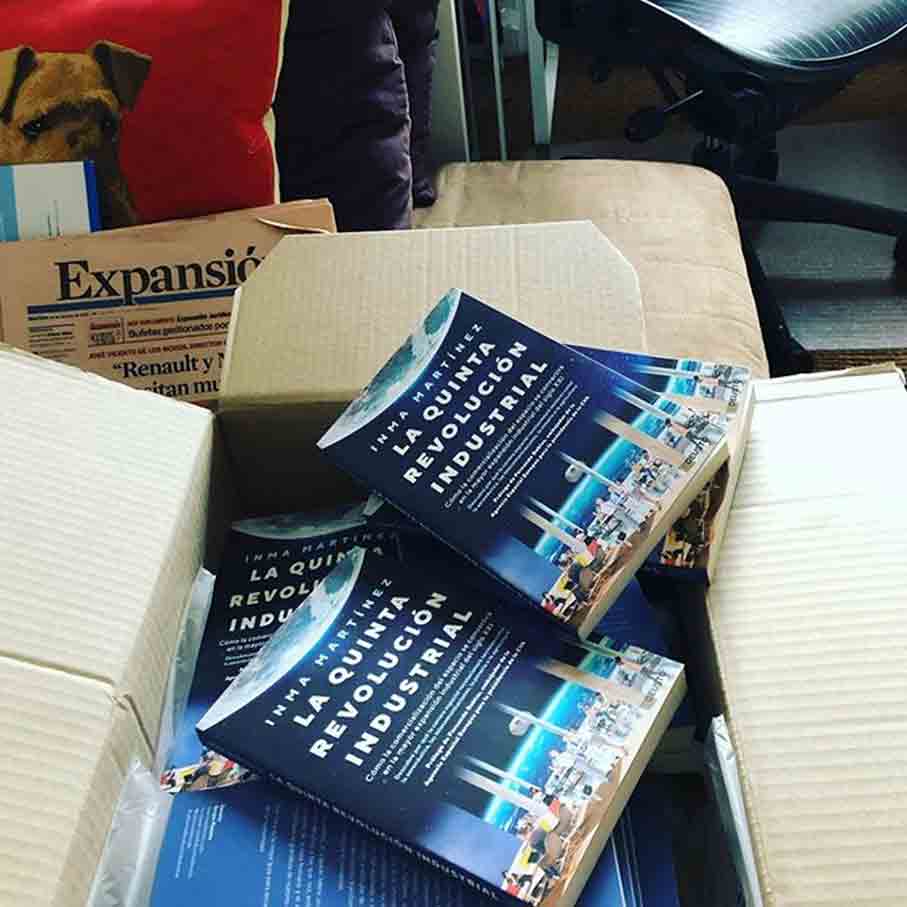 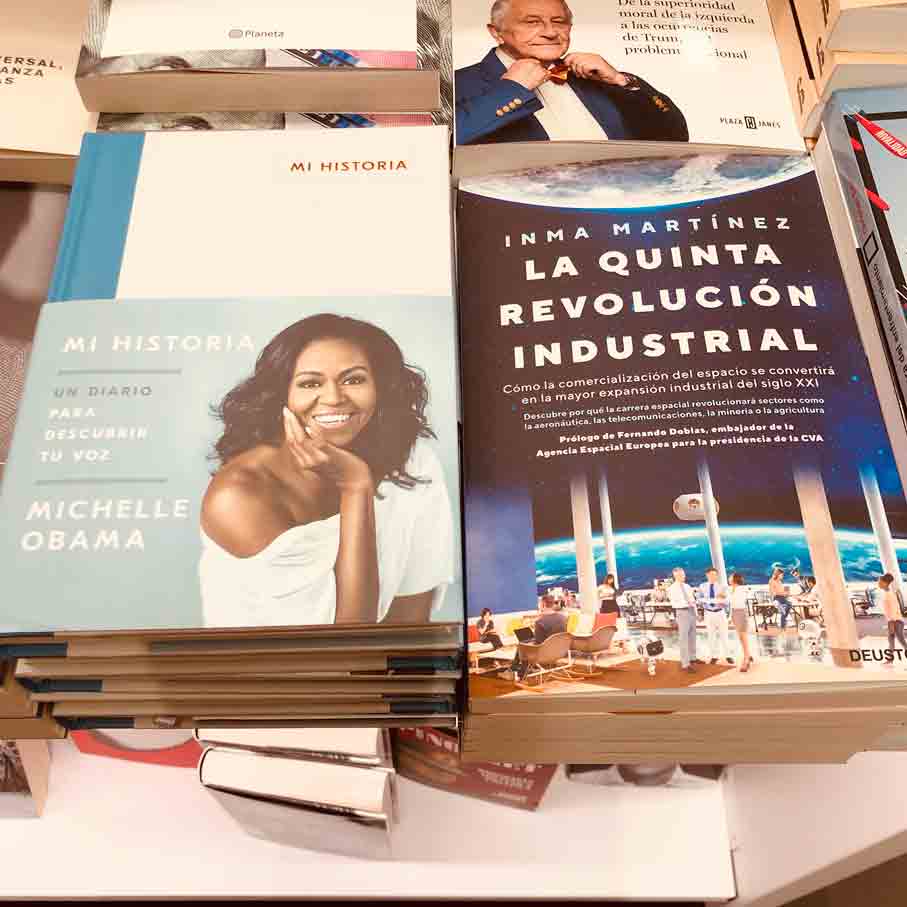 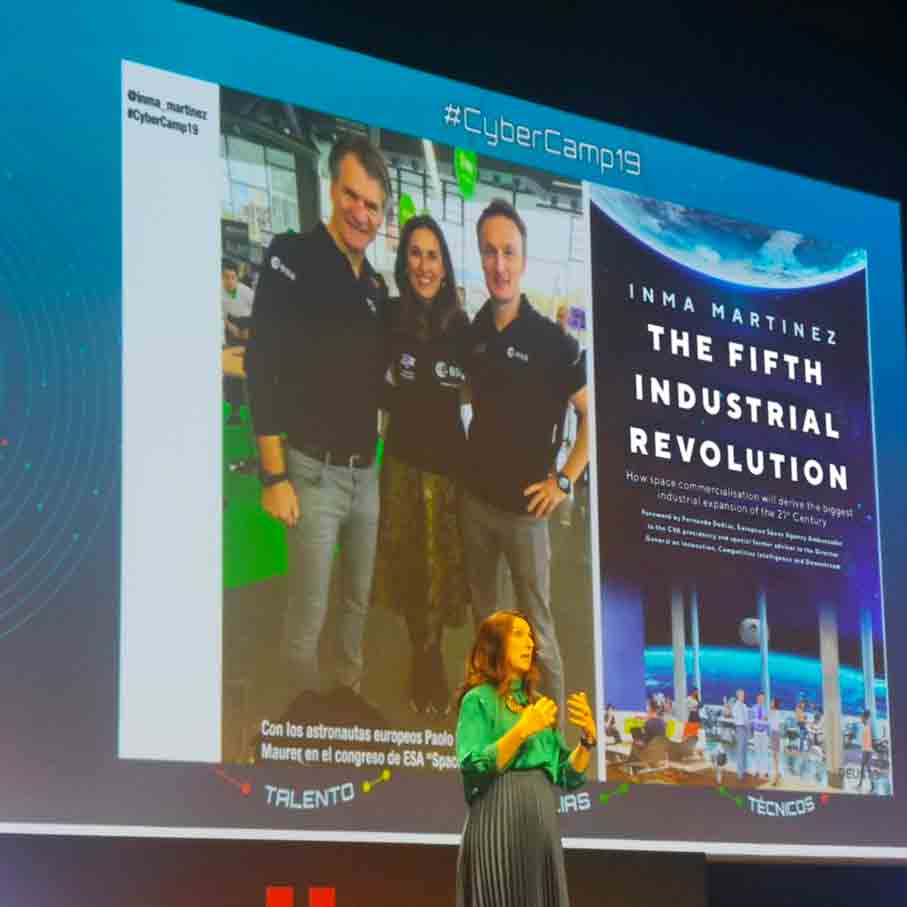 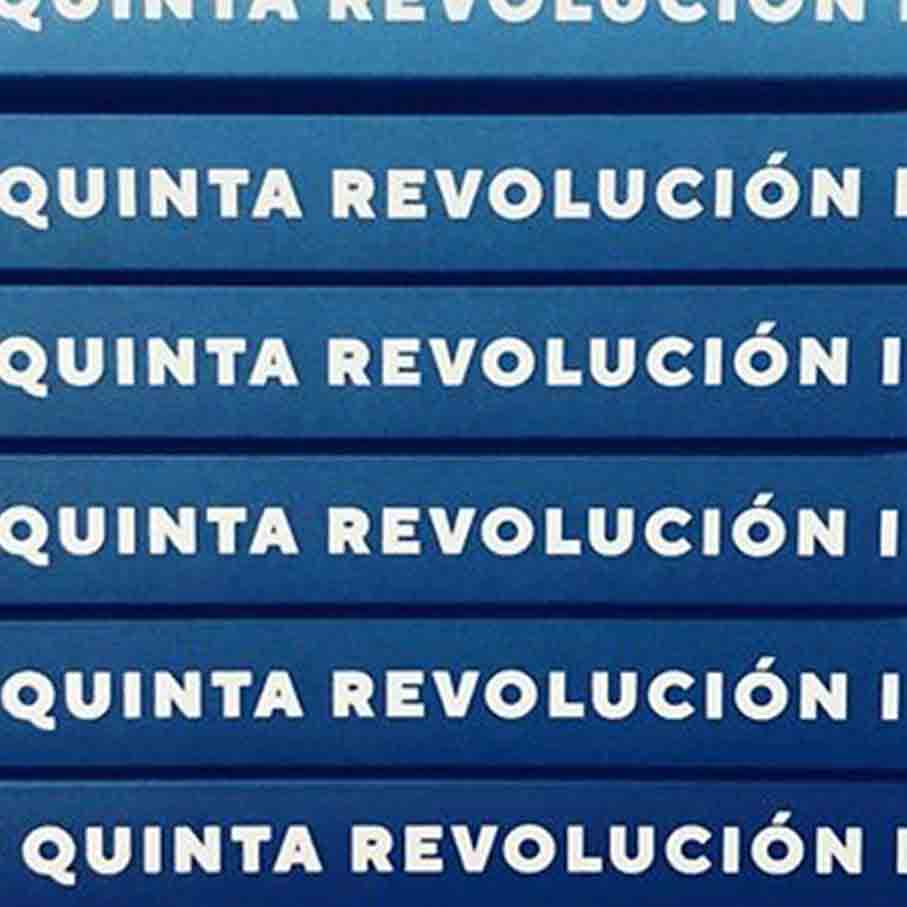 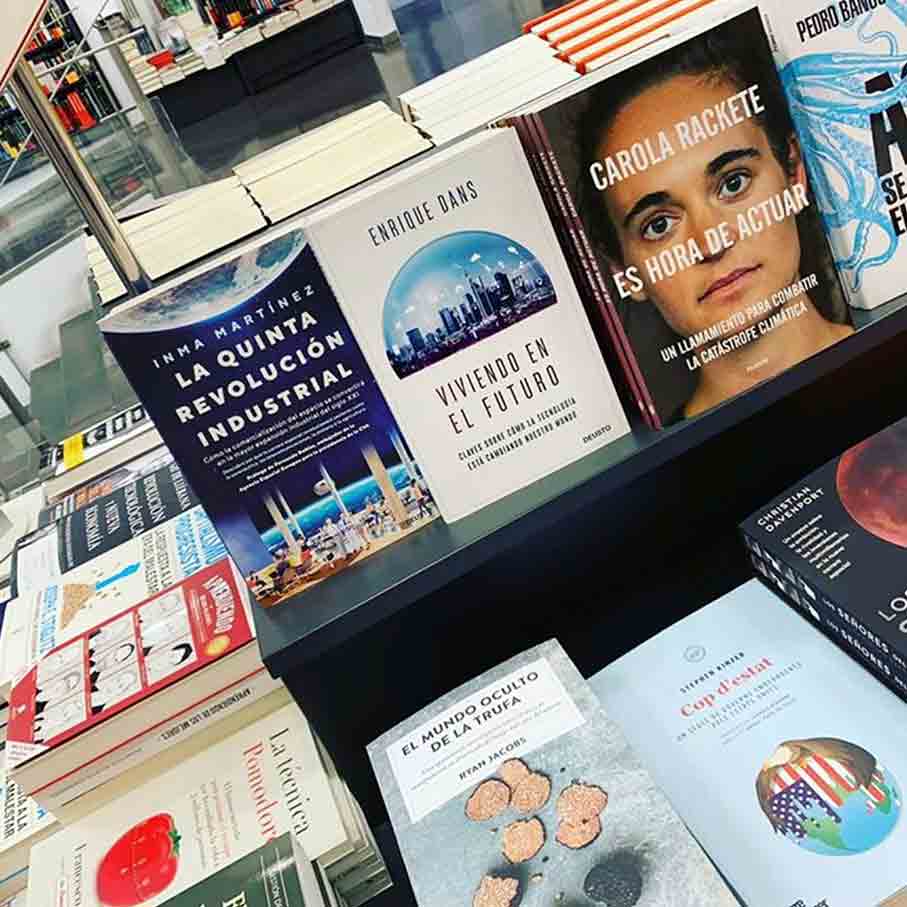 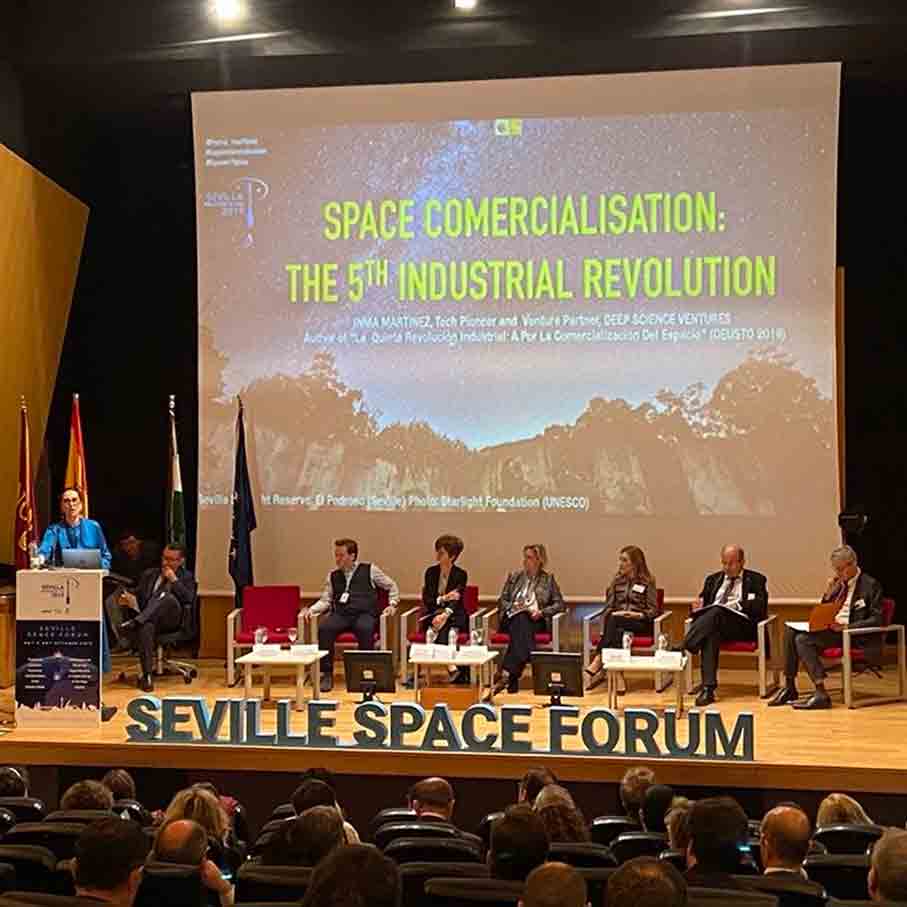 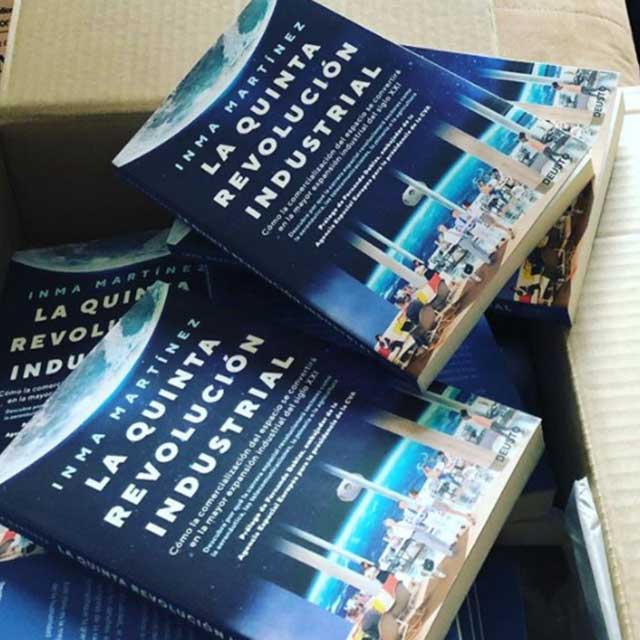 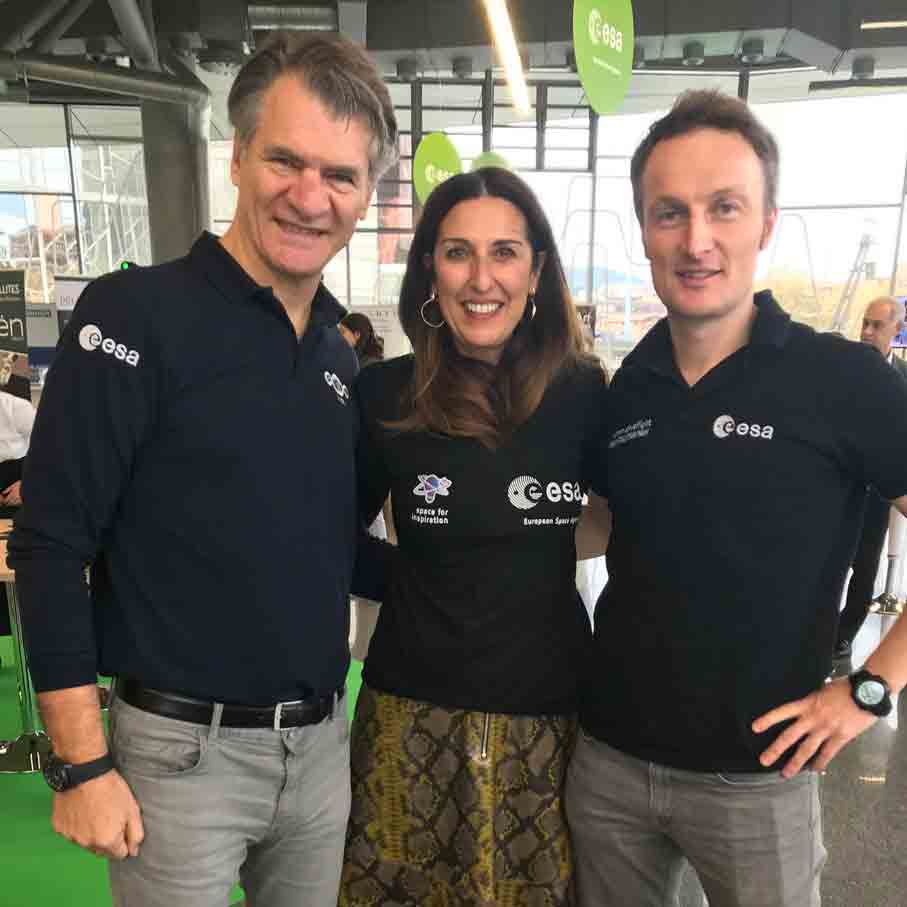 An intrepid technologist who pioneered humanity’s transformation into a digital society; an entrepreneur who explored the potentiality of innovation; always forwards to achieve the highest benefit for all concerned.
cookies
legal advice & Privacy Policy

© 2021 Inma Martinez
Made with 💛 by Desenlace, Branding Workshop